Medicines prescribed by a healthcare professional are meant to help you. However, if not consumed or taken care of properly, they may be harmful.

The Know Your Medicine Corner aims to provide you with useful educational information to help you understand the use of medicines better.

We have compiled here common topics on medicine use that are relevant to patients and consumers, helping you to use medicines safely and optimally.

Travelling with your medicines If you are travelling by plane, keep your medicines in your hand-carry luggage.

To help with security at the airport:

Centers for Disease Control and Prevention. Put Your Medicines Up and Away and Out of Sight. December 12, 2011. www.cdc.gov/Features/MedicationStorage. Accessed on 10 August, 2016.

The Center for Improving Medication Management and the National Council on Patient Information and Education. The quick scoop: medicines and your family: safely storing and disposing of medicines. Updated 2016. www.learnaboutrxsafety.org/quick-scoop.aspx#safely. Accessed 10 August, 2016.

Can I Crush the Tablet or Open the Capsule?

Types of tablet or capsule that you should NOT crush or open: Eczema is a skin condition caused by inflammation of the skin. Eczema causes skin to become itchy, red, dry; and sometimes even cracked and leathery. 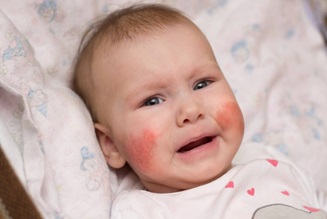 Topical steroids work by reducing inflammation of the skin and clearing flare-ups.

How to apply moisturizers?

How to apply steroid creams?

Eczema: How to use Mositurisers and Topical Steroids

How Stable Are Medicines Removed From Original Packs?

Certain medicines are not recommended to be removed from its original packaging and stored in a compliance aid. These include:

If you are required to take half a tablet of your medicine, avoid cutting your pills in advance and storing them in a medication container for later use. This may affect the quality and efficacy of the medication. 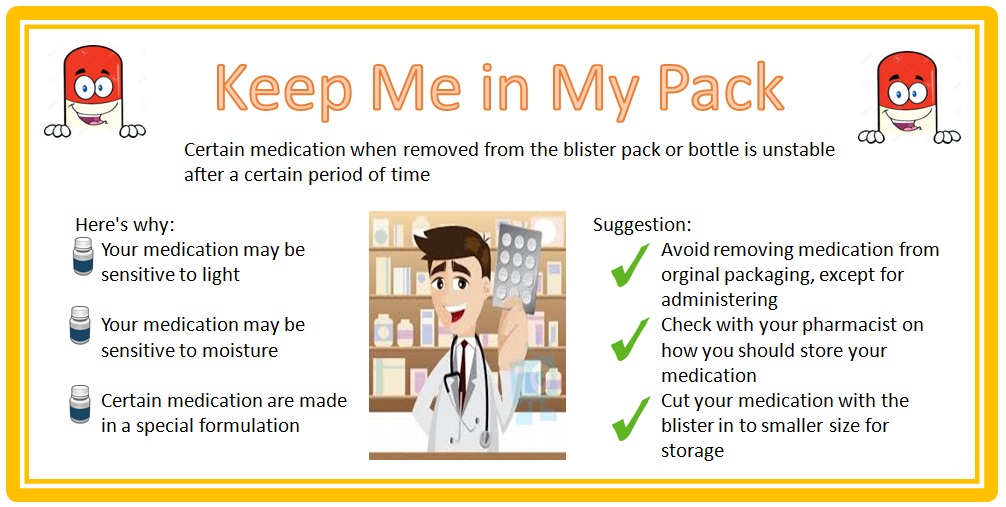 True friends do not advocate sharing of prescription medicines with each other. WHY?

Sharing of medications is NOT caring

Any medicines will have side effects, but these are known risks and are managed by a health care professional. Thus, the benefits outweigh the risks when the medicine is taken as directed.

It is also important to always seek the advice of a paediatrician before giving medicines to a child. Doses prescribed for adults are not the same for children. Furthermore, certain medications should NOT be given to children because they may harm the child’s development.

Remember that medicines prescribed by your doctor are a choice tailor made for you and your needs. Keep yourself and your family safe by not sharing your medicines. 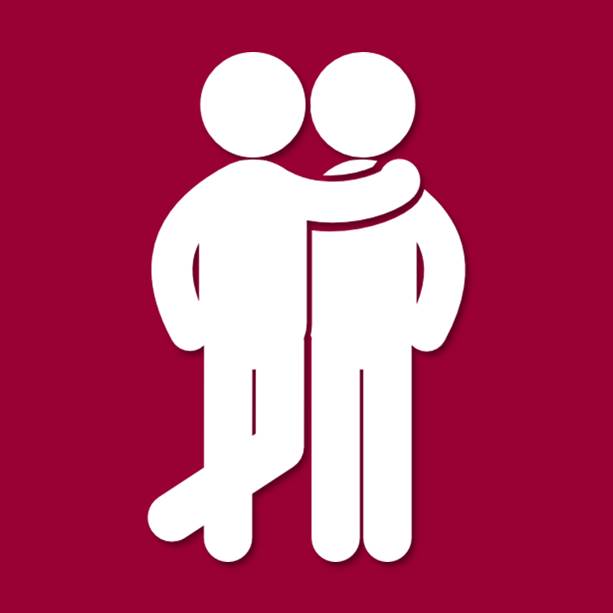 Keep Medicines Away from Heat and Light 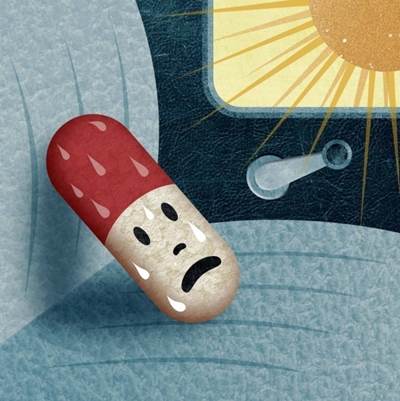 Do Medicines Need to be Kept in the Refrigerator?

Not all medicines need to be kept in a refrigerator as they may be adversely affected by the fluctuating temperatures of a domestic refrigerator. Check with your pharmacist for the precise temperature range for your medicines. Only medicines that carry the instruction “REFRIGERATE” should be stored in the refrigerator, preferably in the centre compartment, and to avoid the door or the cooling vent at the back of the refrigerator. 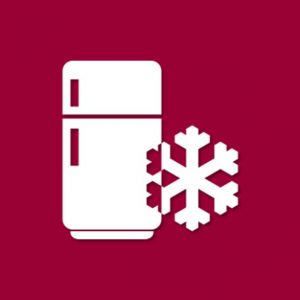 Solid, torpedo-shaped pellets that melt at body temperature when inserted into the rectum. Solid, mainly ovoid-shaped preparation for insertion into the vagina (may come with an applicator).

Safe use of insulin

Insulin is a hormone made by the pancreas that allows your body to use sugar (glucose) from carbohydrates in the food that you eat for energy or to store glucose for future use. Insulin helps keeps your blood sugar level from getting too high (hyperglycemia) or too low (hypoglycemia).

ARE YOU USING YOUR INSULIN PEN THE CORRECT WAY? What should you do?

How to use your metered dose inhaler (MDI)?

How to use your metered dose inhaler (MDI)?

Using your MDI with a spacer device

Medication Use During Pregnancy

Pregnancy is a special physiological condition where the use of medication presents a special concern as the medication may reach the foetus and cause harm. However, total avoidance of medication in pregnancy may not be possible and could be dangerous. Any medicine taken during pregnancy should be used at the lowest effective dose for the shortest possible time.

Tips for medication use during pregnancy 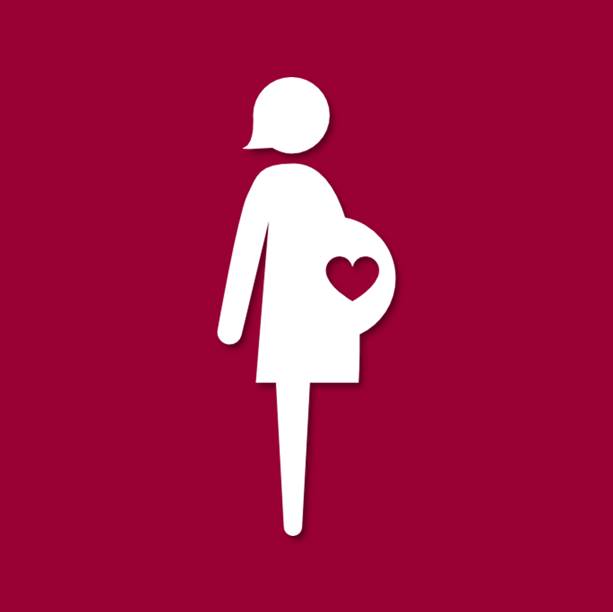 Concerns on Breastfeeding and Maternal Medication Use

What is “Pump and Dump”?

The “pump and dump” method involves expressing and disposing of the breast milk. It is recommended that this technique be used until at least 3 hours after the last intake of the medicine that is not suitable for use when breastfeeding.

Benefits of this method:-

Common Medications Safe for Use during Breastfeeding

How Can Your Pharmacist Help?

What does CFU mean?
CFU stands for “colony forming units” and is used to quantify how many bacteria in probiotics are capable of dividing and forming colonies.

Does more CFU mean better?
The dose needed for probiotics varies greatly depending on the strain and product although many are in the range of 1–10 billion CFU per dose.

Do probiotics have side effects?
Side effects are typically mild, temporary and often a sign that the probiotics are working and are often part of the natural cleansing process, for example, minor constipation, mild diarrhoea, mild rash, cramps, and gas.

Are probiotic supplements safe for pregnant or nursing mothers?
Probiotic supplementation during pregnancy improves newborn’s immunity and decreases allergies. For nursing infants, immunity and allergy improvements have also been observed. Always check with your doctor or pharmacist to confirm that any supplement, including probiotics, are safe for use during pregnancy and breastfeeding. 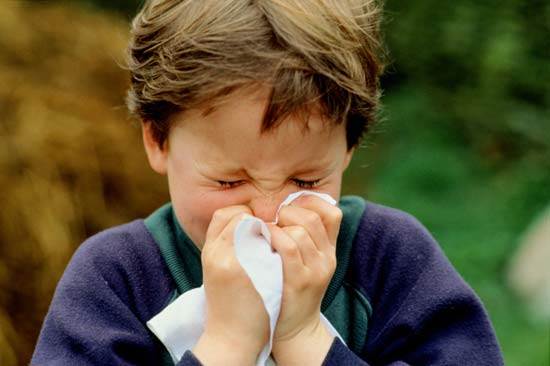 What are the management strategies for allergic rhinitis?

Besides seeking medical attention, the first approach is to identify the triggers and minimize exposure. 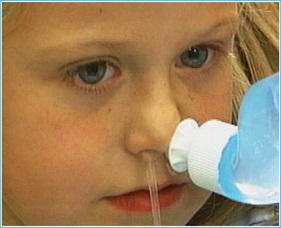 Nasal irrigation is used to rinse off the allergens and is effective in approximately 50% of patients with allergic rhinitis.

What is Lactose Intolerance?
Lactose intolerance is when the body cannot digest lactose which results in gastrointestinal symptoms. 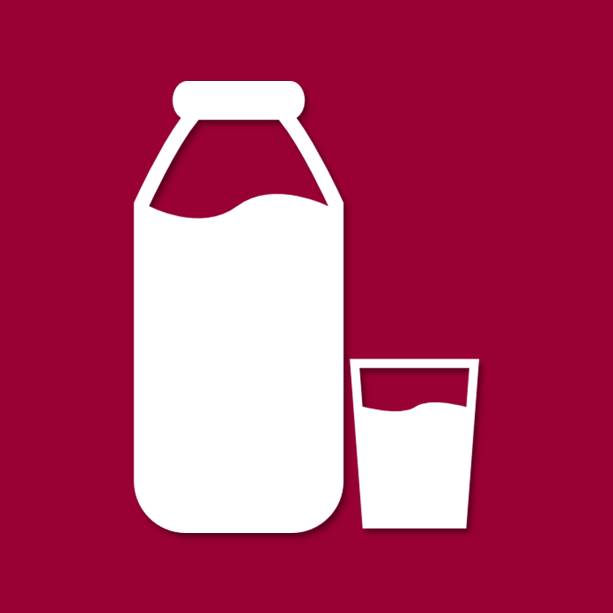 What are the symptoms of lactose intolerance?

Symptoms of lactose intolerance usually occur within 30 minutes to 2 hours after lactose consumption and includes: 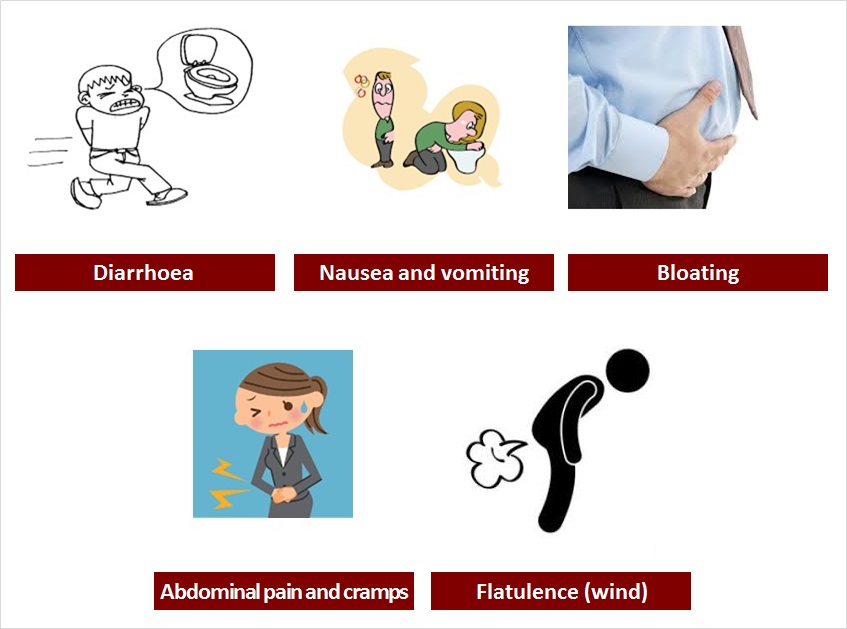 What types of food contain lactose?

How is lactose intolerance managed?

Is lactose intolerance the same as milk allergy?

No. They may share similar symptoms but are entirely different conditions

Safe Use of Antibiotics

Antibiotics Are NOT Always the Answer

Most cough and cold illnesses are caused by viruses. Antibiotics can only treat bacterial illnesses–not viral illnesses.

Common illnesses where antibiotics are NOT REQUIRED include: 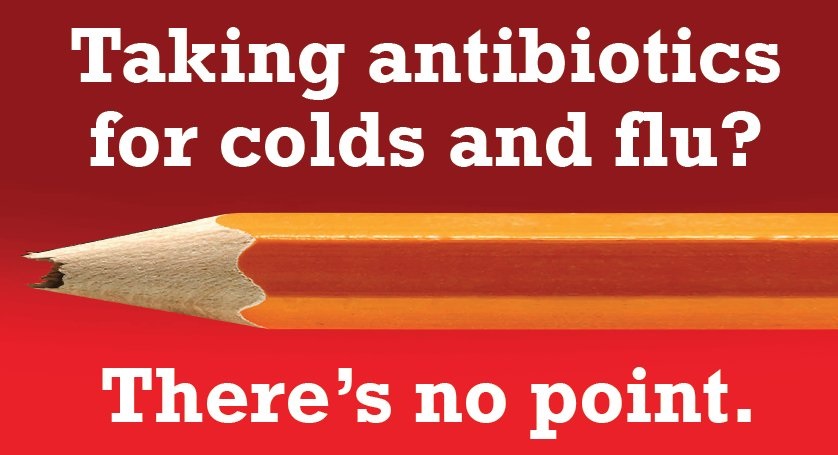 How long will the symptoms last?

If symptoms last longer than normal, do not improve, get worse or if new symptoms develop, seek medical advice.

Get SMART on Antibiotics

How do I know if I have a viral or bacterial infection? Consult healthcare provider and follow his or her advice on what to do about the illness. Remember, common colds are caused by viruses and do not require antibiotics.

Does this mean I should never take antibiotics? Your healthcare provider will prescribe antibiotics if you have a bacterial infection.

If mucus from nose changes from clear to yellow or green – does this mean that I need antibiotics? No. It is normal for mucus to get thick and change colour during a viral cold.

What can I do to help myself feel better? Pain relievers, fever reducers, saline nasal spray or drop, warm compress, liquids and rest may be the best things to help you feel better.

Antibiotic Awareness - What You Should Know

Why should I finish my antibiotic?

Not finishing a course of antibiotics as directed can lead to *antibiotic resistance.

*Antibiotic resistance is resistance of the bacteria to the antibiotic that was originally effective for treatment of infections caused by it. Illnesses that were once easily treatable with antibiotics become dangerous infections, prolonging suffering and may even be fatal.

YOU can help tackle resistance by: 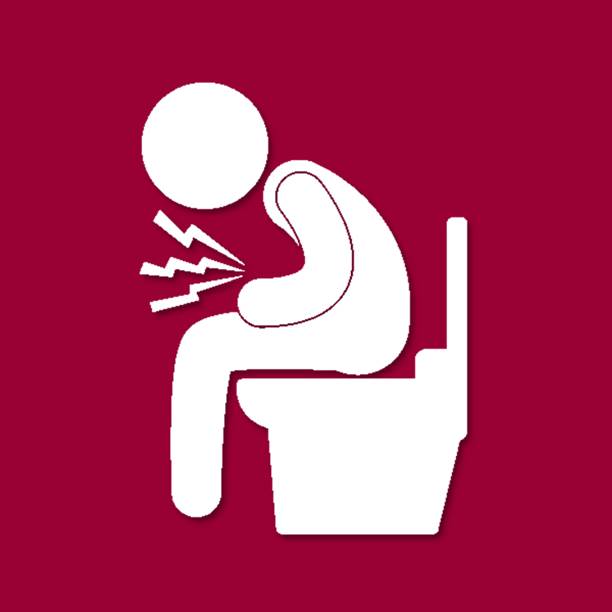 I developed diarrhoea after taking antibiotics. Should I stop it?

In some patients, antibiotics may cause mild diarrhoea, which is a well known effect. You do not need to discontinue your antibiotic but well hydrate yourself to replace the lost fluids and avoid milk containing products.

Probiotics are recommended to help with diarrhoea. However if you develop severe abdominal pain, cramps or fever with high volume diarrhoea after taking antibiotics, you should seek your doctor’s attention immediately. 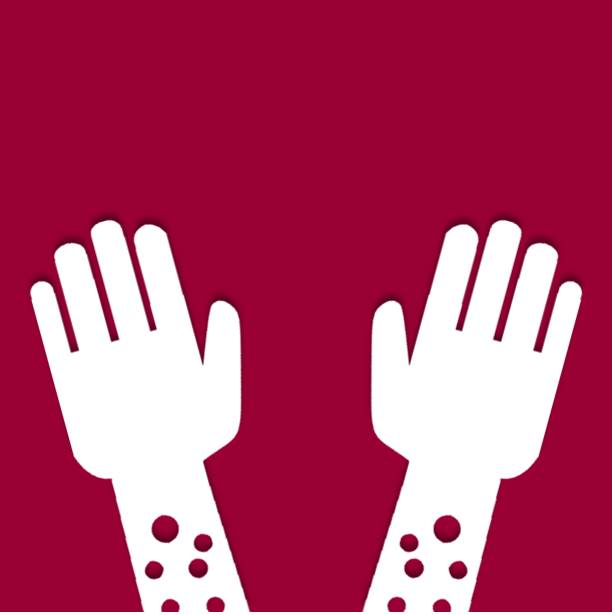 I developed an allergy reaction towards penicillin. Is it safe for me to take other antibiotics?

If you developed itchiness, difficulty breathing and/or wheezing after taking penicillin, then you are allergic to it and you should not take any product containing penicillin or an antibiotic of a similar class.

It is important that you notify any doctor or pharmacist that looks after you on your allergy status. There are other antibiotics available which are safe to use for people with penicillin allergy.

Reporting Of Medicine Side Effects by Consumers

What Is A Side Effect/Adverse Drug Reaction? 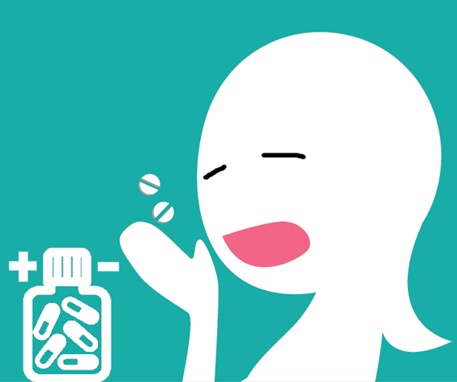 Some Examples of Side Effects 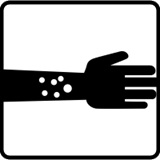 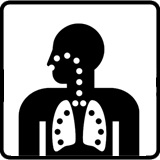 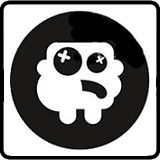 What Should I Do If I Experience A Side Effect?

Step 1
If you believe you are having a side effect, it is important to speak/see your doctor or pharmacist.

Please note down the following information:

How Do I Make A Report?

The National Pharmaceutical Regulatory Agency (NPRA) monitors the safety of medicines in Malaysia to contribute to a better understanding of their possible side effects. Analysis of side effect reported has contributed to the following steps to improve medication safety:

What Can I Report & Why?

You can report side effects from:

Besides oral medicines (tablets, capsules and syrups); other medicines like creams, lotions, suppositories and inhalers can also cause side effects.

Unfortunately it is impossible to know all side effects of a medicine before it is approved for use. When people report about their experiences using a particular medicine it helps us to understand more about the possible side effects of the medicine and identify new problems that we might not have known before.

What Is A Drug Allergy?

What Are The Symptoms of Drug Allergy?

Symptoms may vary from one patient to another. What should you do if you think you have a drug allergy?

If you know or suspect you are allergic to a drug: Drug Allergy VS Side Effect To A Drug

A side effect to a drug is:-

Medications to avoid / cautious of

What is G6PD?
G6PD, also known as glucose-6-phosphate dehydrogenase, is an enzyme which helps the body convert sugar to energy. It is found in all cells of the body, but mainly in red blood cells.

G6PD Deficiency
Deficiency of G6PD enzymes does not usually cause problems or symptoms.

It may, however, become a problem if the person is exposed to certain chemical compounds, or experience certain infections that can cause cells to be destroyed in a process known as haemolysis.

Consequences of G6PD Carriers
People with G6PD deficiency are at increased risk of haemolysis and severe anaemia, due to the breakdown of haemoglobin upon chemical exposure. This condition is known as haemolytic anaemia.

Symptoms of this condition includes pale skin, yellowing of the skin/eyes, dark-coloured urine, fever, dizziness and confusion. Hence, in some cases, short-term treatment involving fluids or blood transfusions may be required.

Preventive Actions by G6PD Carriers
G6pD deficiency is best managed by preventative measures through avoiding certain medications or food. By doing so, serious symptoms can be prevented.

Medications that are known to 'trigger' haemolysis and should be avoided can be found in Figure 1.